Giving a severe blow to the CPM and exposing the moral pretensions of important persons in the former Nayanar ministry, former Director-General of Prosecutions (DGP) Kallada Sukumaran has come out with the revelation that the Nayanar ministry had intervened to exclude IUML leader and former Minister P K Kunhalikutty from the infamous ice cream parlour sex racket case. The former DGP said based on the police records and other significant evidence collected at the initial stages of the investigation into the case he had given the legal advice to the Government recommending to include Kunhalikutty as an accused. The 15-page report he submitted to the Government had contained all relevant details which incriminated Kunhalikutty.

But immediately after the filing of report, the then Chief Minister's political secretary P Sasi talked to me over phone and asked me why I failed to seek the opinion of the Government before giving the legal advice

several PILs were filed and the fact that cases were being conducted even at the Supreme Court by persons such as social activist K Ajitha, Kunhalikutty was left out. Meanwhile, the important evidence gathered during the initial stages of the investigation either got destroyed or lost 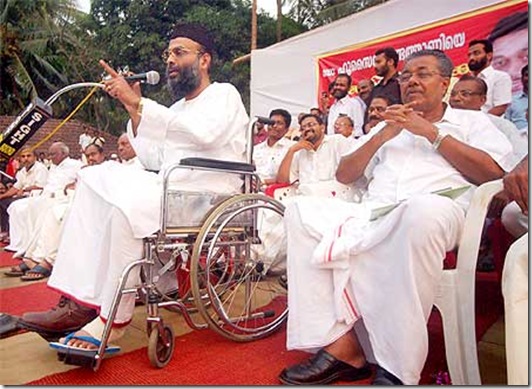 Kerala state secretary Pinnarai Vijayan sharing stage with Madhani An accused in Coimbatore bomb blast and let of because of lack of evidence, linked to several terrorist

Will  Pinnarai Vijayan  ever share a dias with a Hindu leader?

Posted by Panchajanya at 7:03 PM 8 comments:

For support, is CPM going easy on Madani family?

Bonhomie between CPM and People's Democratic Party chief Abdul Nasser Madani, acquitted in the 1998 Coimbatore blasts case, in Kerala may not have come without a price. Investigations into some recent acts of terror reportedly point to the radical Muslim cleric-turned-politician's family. One of these relates to the 2005 bus burning case at Aluva near Kochi in which five men armed with pistols and other weapons had hijacked a Tamil Nadu State Road Transport Corporation bus soon after it left Kochi on September 9, 2005. They forced the driver to take it to an isolated spot. Later they set the bus on fire after forcing out the passengers. They were also shouting slogans in favour of Madani and against the Tamil Nadu government.

Inspite of substantial evidence Sufiya does not figure in the list of the accused!!!

Posted by Panchajanya at 12:42 PM No comments:

VS volte-face, attends Pinarayi rally or.... Was it?

But if anyone thought the issue was resolved, there was a dampener.  Both VS and Pinnarai Vijayan took potshots at eachother in their speeches .

VS said in his speech:

"The general secretary said how we will fight allegations against the state secretary in the case - politically and legally. It will be fought legally and when he gets an opportunity to prove his innocence in court, it will be done,''

VS also added that the way out was not by fighting the judiciary. If that was not enough, he also referred to corruption charges faced by leaders of the Congress-led UDF like K Karunakaran and Balakrishna Pillai.

Pinarayi, who spoke before the CM also fired innuendos at him. Referring to the story of a boy who wondered why there were no waves in a bucket of water drawn from the sea, Pinarayi said everyone in CPM realises that they had no existence without the party.

Posted by Panchajanya at 11:27 AM No comments:

The CBI report submitted to the Kerala High Court and seen by HT has provided specific instances of Vijayan’s complete involvement, something which his party bosses have denied so far.

“Though the total contract amount for renovation and modernisation of Pallivasal, Sengulam and Panniar hydroelectric projects was Rs 243 crore, a total amount of Rs 333 crore was spent,”

It also says that a committee headed by senior CPM leader E. Balanandan had submitted a report to Vijayan in 1997. Balanandan’s report was based on the recommendations of experts. It estimated the total cost of repair and modernisation as just Rs 100 crore. CBI report says

“Without considering the recommendations of the Balandan committee, supply contracts were signed with SNC Lavalin immediately. Even a naïve or unsophisticated person will not believe the offer of Rs 100 crore of grant-in-aid for a project initially estimated at Rs 159 crore. Obviously, Lavalin wanted to bag the contract at an exorbitant rate and accused officials along with the minister wanted the cancer centre,”

Pinarayi visited Canada in 1996, shortly after taking over as the power minister and finalised the contract in the absence of then Chief Minister E.K. Nayanar, the agency alleged.

Posted by Panchajanya at 1:59 PM No comments:

Communism will be finished in India within five or 10 years

On the background of SNC-Lavalin saga, Experts and ex communists believe that communism in India will be finished in India in next 5-10 years. There have been allegations of corruption and misappropriation of money dozens of times earlier and But this is the first time that the once highly disciplined CPI-M has washed its dirty laundry with such gusto in public.

Eminent historian M G S Narayanan, who was once known for his Marxist moorings and past headed the prestigious Indian Council of Historical Research (ICHR), says:

Communism will be finished in this country within five or 10 years. Don't assess the current development as an isolated one. The CPI-M has faced an ideological crisis for several years. It passed through different stages and now it is in its final stage. People have rejected communism in almost all countries. Even in China, communism exists only in name. Such a situation will come in India also.

Chekkutty, the founder editor of the CPI-M-owned Kairali TV, says

The bureaucratic establishment that the Communist Party has become will not survive for long. The party seems to have become a massive tree without any deep roots. It is likely to wither away. At the same time, the working class need a strong political party. There is likely to be a new political formation to replace the present communist establishment.

Even ordinary workers of CPM are fedup with the way CPM operates in Kerala. Sajoy George, a district leader of the CPI-M- linked Kerala School Teachers Association says

I am very much worried over the developments. It will defeat the spirit of communism. The party should be above persons. The two leaders failed to understand the sentiments of the masses. This episode has done big damage to the party. They must end this fight.

To make matters worse, The Communist Party of India-Marxist of today has apparently decided to adopt the supreme sycophant late Dev Kant Baruah, then president of the Congress, displayed by solemnly declaiming in the Emergency era that 'India is Indira and Indira is India

If you want to see how far the cult of personality has entered the halls of the CPI-M look no farther than the party's Web site. Nestling along such weighty matters as the party positions on the Union Budget, World Trade Organisation negotiations, and the Iran nuclear issue, there is a new section called 'Lavlin Case -- Facts'. (Couldn't the CPI-M at least spell 'Lavalin' correctly?) Why should the CPI-M even have an official position on an allegation against an individual member?

Posted by Panchajanya at 9:19 AM No comments:

Expectedly, coming from one of Kerala's dhoti-clad denizens, the missile was a chappal as against Jiabao and Bush who had to duck shoes in London and Baghdad respectively. In other similarities between the incidents, all three protestors missed their targets and all shouted curses to back up their acts.

Iraqi television journalist Muntadar al-Zaidi shouted "this is a goodbye kiss from the Iraqi people, dog", when he hurled the first shoe and, "this is for the widows and orphans and all those killed in Iraq" when he threw the second one.

The young man who targeted Jiabao in London had shouted "dictator" while throwing the footwear, which reportedly missed the target by a metre.

The Payyannur protestor, identified as 29-year-old T M Shaji shouted "V S Achuthanandan zindabad" before throwing his chappal, just after Vijayan had reviewed a guard of honor by his cadres.

A League of their own 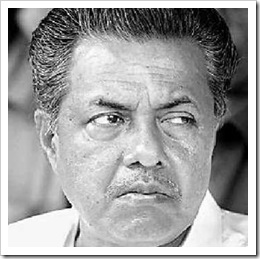 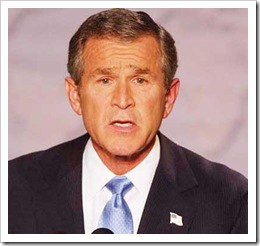 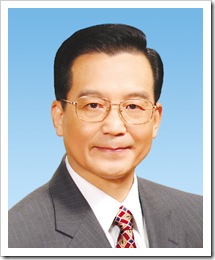